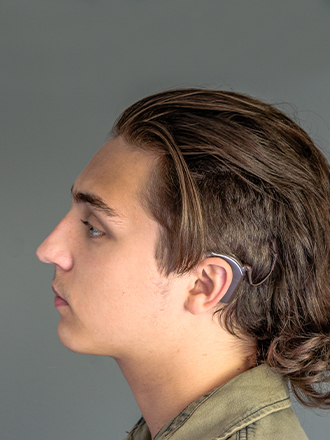 I was very involved in the media club my entire time at CB East. It was such a great learning curve to work with all the choirs, theater groups, and sports teams as the head documentarian. Also, I had an awesome time with Ski Club for two years! The last ski day of my senior year I broke my collarbone on the slopes, but I had a great season and will be getting back to the mountains next year for sure.

I made the Academic Honor Roll at East every semester. It was a great honor to be picked by the school district to film every football game from 2019-2021. I made weekly highlight videos for the school, and a 1 hour documentary highlighting the players, their families, and the life lessons they learned through football during Covid.

I am headed to NYC to School of Visual Arts as a Film Major! I am very excited to be awarded the SVA Rhodes Scholarship for all four years I attend. They only award two of these scholarships a year, so that is a real honor!

Hands down I am most proud of the documentary that I just finished editing. It was hundreds of hours of preparing, filming, and editing. It’s 1 hour and 5 minutes long, and it follows all the families of the seniors that play varsity football in 2020-2021. It was an emotional year for so many, and this film takes you on the journey of a team that lost most of the games, but gained so much more through their coach and fellow players. It will be debuted in our school auditorium in June for the families and school. I’m super excited!

Ere such a soul regains its peaceful state, How often must it love, how often hate! How often hope, despair, resent, regret, Conceal, disdain—do all things but forget. But let Heav'n seize it, all at once 'tis fir'd; Not touch'd, but rapt; not waken'd, but inspir'd! Oh come! oh teach me nature to subdue, Renounce my love, my life, myself—and you. Fill my fond heart with God alone, for he Alone can rival, can succeed to thee. How happy is the blameless vestal's lot! The world forgetting, by the world forgot. Eternal sunshine of the spotless mind! Each pray'r accepted, and each wish resign'd.

"Eloisa to Abelard" by Alexander Pope